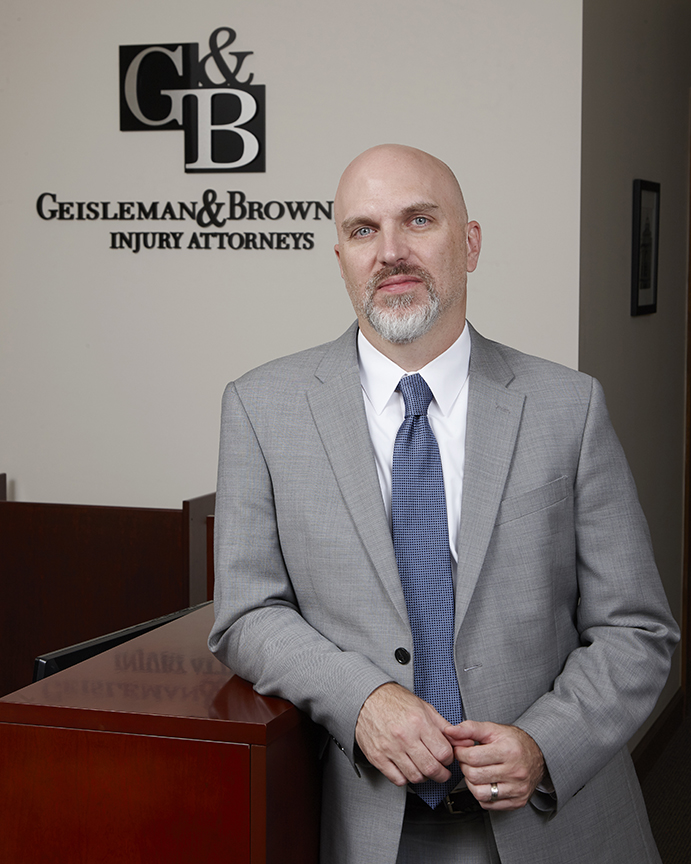 Born in Auburn, Indiana in 1973, Dennis Brown is a native Indiana resident and graduate of Manchester College and Indiana University, where he received his B.S. in Political Science (1995) and law degree (1998) respectively.

Admitted to the Indiana Bar in 1998, Brown has built his legal career around advocating for plaintiffs, especially those who have been injured due to others’ negligence. After working for Geisleman since 1999, Brown became a partner in 2005, thereby forming Geisleman & Brown, LLP. The attorneys formed their partnership based on their mutual interest in providing compassionate and excellent legal representation to those who had suffered from injury due to the neglect of others.

Brown is a legal professional who is a member of the Indiana State and Allen County Bar, former Barrister of the Benjamin Harrison American Inns of Court, and admitted to practice before the U.S. District Court (Northern and Southern IN Districts). In 2010, the Indiana Super Lawyers Magazine recognized Dennis Brown as an Indiana Rising Star.

At our firm, there are no big or small cases as every client is handled with the same care, due diligence and determination. Our commitment to provide excellent representation is the founding principle of our firm. Acting as the voice of our injured clients, we seek to obtain the best possible results to help you recover from the emotional, physical and financial hardship.

This is an advertisement. This web site is designed for general information only. The information presented at this site should not be construed to be formal legal advice nor the formation of a lawyer/client relationship. You should consult an attorney for individual advice regarding your situation.